Some common questions I’ve received from readers, and my answers here:

Where did the idea for this series originate?
No single source, I can assure you. There’s way too much in this series for that. I was inspired by a number of stories I had enjoyed in my youth, far too many daydreams to count, and even a few real-life (non-paranormal) experiences. But if I were forced to pick a point in time that it really started, then I would say it started with a conversation I had with a friend about the limitations of supernatural powers. The stubborn realist in me had argued that a shape-shifter shouldn’t be able to greatly alter his total body mass or change into inanimate objects. After that, I began to wonder what other powers might have drawbacks, and I realized that these limitations were in no small part what made supernatural powers most interesting.

Where did the name “Adrian Howell” come from?
Shortly before I began writing this series in 2008, the surname “Howell” had somehow become favorably stuck in my mind, possibly derived from the word “howl” (as in what wolves do to the moon), and I can confidently say that I’m equally unsure as to why I chose the first name “Adrian.” For my story’s main character, I wanted a name that was fairly generic in nature, someone who could be anyone or no one, and purely by gut feeling, “Adrian Howell” sounded just about right to me. However, it is also true that my English name begins with the letter A, so I’m somewhat partial to names that start with A’s.

How long did it take to write the full pentalogy?
Just under five years. The first book came quickly enough because I was between jobs, but after that, things slowed down. I’m just a hobby writer with other, fulltime responsibilities, so I often took weeks off between my writing. The muse would come and go. And, of course, it’s not just the writing, but countless hours spent editing and proofreading the never-finished drafts. But the real question should be how many tons of snack food it took.

Why did you wait until all five books were written before publishing any of them?
Two reasons. One is that even as I was writing one book, I was constantly revising the previous ones, so they were never publish-ready in my mind. The other reason is that, as an impatient reader, I always hate waiting for the next installment of a series in progress. I didn’t want readers to have to wait for my books, especially since I cannot write to a release schedule.

Why double up the pen name with the main character’s?
When it finally came time to publish this series, I felt that it would be fun to release the books under my protagonist’s name so that the first-person narrative would look and feel more like an autobiography. A little confusing, perhaps, but definitely fun. Besides, when I was writing the pentalogy, I never really considered it to be my story. Rather, it was Adrian’s story and I was just typing it for him, so I had little desire to see my own name on the covers.

Which character was the most enjoyable to write?
Terry. The interaction between Terry and the other characters, especially Adrian and Alia, were always great fun to write, and allowed for a fair amount of comic relief in an otherwise dark tale.

How did your books get turned into a game?
Sheer dumb luck. In early 2014, I was contacted by one Lester Smith, an award-winning game designer who was in the process of developing a new tabletop role-playing game, a form of social gathering, storytelling and gaming where dice are used to determine the outcome of various scenarios. Lester’s new game outlined a versatile rule set that could be used in virtually any world setting, and he was reaching out to writers of varying genres in the hope that they might add their worlds to the extended edition of his book. I immediately agreed. Though I’m not a tabletop gamer myself, I love the concept, and it’s certainly gratifying to think that there may be a gathering of gamers somewhere playing their own original story and characters in the Psionic Pentalogy world.

Will there be another book in this series?
Readers have contacted me to request this more than once. I’m absolutely flattered, but while nothing is impossible, at the present I think a continuation of Adrian’s story is highly unlikely. Anything beyond Guardian Angel would feel anticlimactic. As for a spin-off story or two, that is certainly well within the realm of possibility. However, I have yet to lightbulb a story compelling enough for me to sit down and type it out. It takes an extraordinary amount of time, energy and potato chips to write a book, and I wouldn’t want to commit to a story that I wasn’t 120% sure of in my heart. That said, if and when the day comes that I’m prepared to write more in this world, I most certainly will. 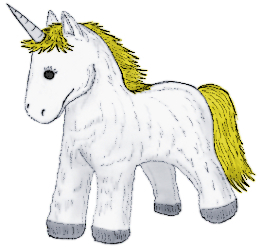 Ask me any question, and the answer (provided that it contains no spoilers to the story) may end up here.