In the dark, hidden corners of modern-day society, a centuries-old supernatural war rages between powerful psionic factions. Meanwhile, a clandestine military operation hunts psionics for use in medical experimentation, and a cult religion, believing psionics to be demons in human form, seeks to eliminate them. Into this chaos wander a young boy and girl who, through no desire of their own, are about to change everything… 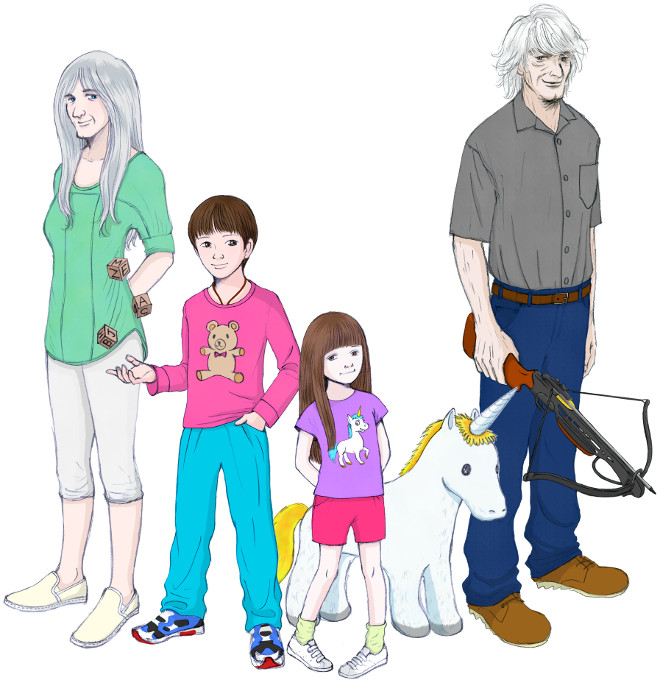 Welcome to the world of Adrian Howell’s Psionic Pentalogy!

Perhaps you’re here because you’re considering reading the books but want to know more about this series’ world setting. Or maybe you’re between books and just need a quick refresher. Or perhaps you’ve already finished the entire pentalogy and are looking for a few more pieces of trivia. Whatever the case may be, you’re likely in the right place. Here you will find no spoilers to the books (at least none deliberate), but rather a brief overview of the psionic world and the various powers that psionics wield.

“Psionic powers” in general refer to mind-based supernatural skills such as telekinesis or telepathy. Thus “a psionic” is a person who possesses psionic powers, not entirely dissimilar to a psychic.

In Adrian Howell’s Psionic Pentalogy world, psionics usually come into their powers between 18 and 25 years of age, though some can gain their powers much earlier or later in life. Child psionics are rare but not unheard of, while some psionics may gain their first power well into middle age.

Psionic Factions
Psionics have many enemies, human and paranormal alike. For protection, psionics often live in secret communities of varying sizes. These psionic factions establish small settlements within towns and cities, carefully blending into human society. In this way, psionics have managed to hide their presence in the modern world so well that most normal people don’t even believe in their existence. But this secrecy is increasingly at risk as a blood feud between the largest psionic factions intensifies. 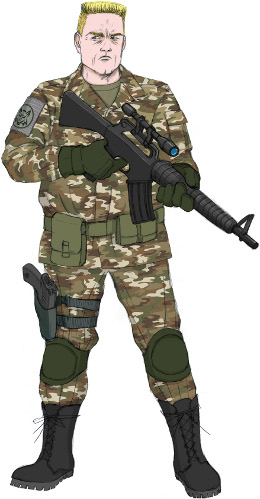 There are four major forces at play in the Psionic Pentalogy. The most powerful of these are the Angels and the Guardians, two highly militaristic psionic factions locked in a bitter power struggle that threatens to tear their worlds, and the world of humans, apart. Other, smaller psionic groups often find themselves caught in between, at times aiding, at times fleeing from, these two warring giants.

But psionics face equally dangerous threats from the human world as well. A paramilitary force known as the Wolves hunts down stray psionics for transport to top-secret research laboratories, and they will take their targets dead or alive. Meanwhile, the ages-old cult of God-slayers also hunts psionics, often with suicidal determination, so as to cleanse the world of all “lesser gods.”

An Incomplete List of Psionic Powers
All psionic powers in the world of the Psionic Pentalogy fall into one of three basic categories: Destroyer, Controller, or Independent. Destroyer powers are those most suited for direct combat, controller powers are those that can influence a person’s thoughts and emotions, while independent powers are neither and varied. Three powers from each category are detailed here, though many more exist in the Psionic Pentalogy world. 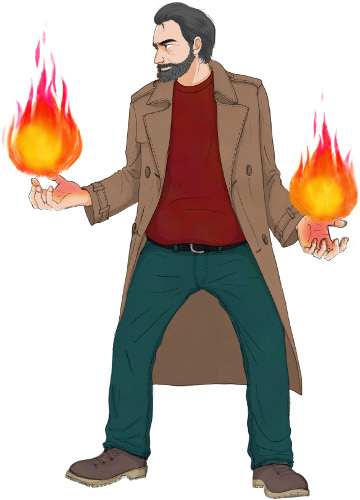 Pyrokinesis: Commonly referred to by the psionic community as “pyroids,” pyrokinesists can control the intensity of any existing fire, increasing (or decreasing) the speed at which an object burns. As a destroyer, the pyroid’s primary weapon is the ability to shoot jets of flame or throw fireballs from their hands. Pyroids are always the vanguard of any psionic conflict. The very term “destroyer” stems from the pyroid’s ability to cause widespread damage, and most psionics, even when speaking of destroyers in general, assume a predominantly pyrokinetic force.

Telekinesis: What a pyroid is to flame, a telekinetic is to solid matter. Also known as “telekinesists,” telekinetics are psionics who can, by power of will alone, move or levitate distant objects. The most powerful of telekinetics can, by levitating themselves, even fly for short distances. However, their classification as a destroyer comes from a different use of their power entirely. Telekinetics can shoot their psionic energy in focused blasts, hitting objects beyond their usual telekinetic range with the force of a bullet. It is this dual ability that makes telekinesis unique to the destroyer category, and telekinetics are sometimes ridiculed by pyroids for being only “half destroyer.”

Electrokinesis: Commonly known as “sparks,” electrokinesists can create and manipulate electricity. Some sparks can only drive current through direct physical contact, but many can throw bolts of lightning from their hands. Though often not as accurate as pyroid fireballs or telekinetic blasts, spark discharges are exceptionally deadly at close quarters. Many psionics believe that the legend of the thunder god Thor is based on a powerful spark that lived among the Germanic tribes more than 2000 years ago. (Confirmation from the Historian is pending.)

Peacemaking: One of the most common of psionic controllers is the peacemaker, who has the ability to negate a person’s emotions. Under the influence of peacemaking, the victim becomes utterly passive and accepting of almost any kind of suggestion, including such requests as “give me your money,” or “jump off that bridge.” Peacemakers often require direct eye contact with their targets when working their power, so early identification is the key to avoid being ensnared.

Puppeteering: Psionic puppeteers don’t need strings to control their victims. Locking onto a subject’s brain, the puppeteer overrides all motor functions. The puppets essentially become locked in, conscious and fully capable of thought but nevertheless unable to speak or move their limbs. And although puppeteers must often be close to their victims to initiate the override, once the puppet is under their command, they can send them short distances to do their bidding.

Berserkering: The berserker is without doubt the most feared of controllers, and of psionics in general. Being hit by a berserker mind blast first causes a sharp, oft incapacitating headache, but the true danger lies in what follows: an uncontrollable rage and desire to kill and destroy everything in sight. Many victims of berserking often end up accidentally killing themselves before the effects wear off, and even those who survive are often left with permanent brain damage that can make the victim short-tempered and prone to violence.

Telepathy: Telepaths can speak directly into people’s minds. The range of telepathy varies greatly depending on whether or not there are obstructions such as walls between the telepath and recipient, and most telepaths can only send their thoughts to one person at a time. Although telepathy is sometimes mistaken for a controller power, telepaths cannot directly influence action or emotion, hence telepathy’s designation as an independent psionic power.

Healing: The psionic healer has the ability to greatly accelerate the physical healing of cuts, bruises, burns and broken bones. However, healers cannot cure diseases, and psionically healed wounds will still leave scars. Healers are among the rarest of psionics, and even those born of two healer parents are not guaranteed to inherit this coveted power. As such, healers are often targeted in the psionic war, with many factions trying to persuade or force healers into joining them.

Shape-shifting: Shape-shifters are psionics who can alter their physical appearance, changing features such as the color of their skin and eyes, the length of their hair, or their physical height and build. However, they cannot take non-human forms such as dogs or tables, and also must work reasonably within their total body mass, meaning that an adult cannot assume the form of a child. Furthermore, because shape-shifters can only modify their own bodies, they often need to carry extra changes of clothes to complete their disguises. 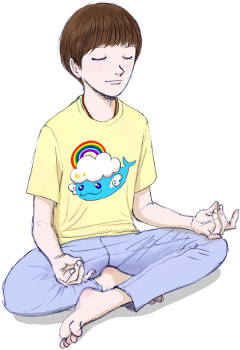 In addition to having supernatural skills, one upside of being psionic is the ability to draw on psionic power to temporarily augment physical strength and endurance. This allows psionics to run greater distances, carry heavier loads, or even stay awake longer than their human counterparts.

However, prolonged reliance on this augmentation can lead to muscular atrophy, accelerated aging and, eventually, even death. Therefore, all psionics must learn “power balance” to keep from unconsciously depending on their psionic power for daily physical tasks.

Additionally, psionics face the ever-present risk of “metal draining.” Physical contact with a metal object can completely negate a psionic’s powers, and just being surrounded by too much metal can noticeably weaken them. As such, psionics have to be extra careful about injuries. Even the minuscule amount of iron in one’s blood, once outside and touching the skin, can greatly weaken psionic powers. Thus, healers cannot tend to their own open wounds, and in psionic combat, the first one to bleed often loses.

A Final Note About the Series 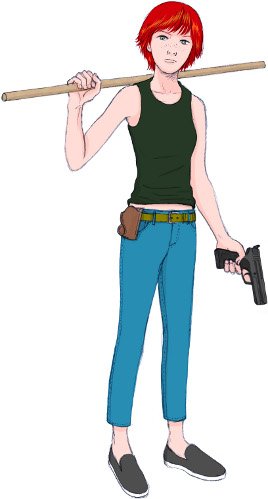 The Psionic Pentalogy is not your average superhero story. The psionic powers are tempered with many drawbacks, and modern weapons have greatly evened the playing field between psionics and humans.

Within the pages of the series’ five books you will find a group of unlikely heroes who are forced into a conflict that tests the limits of their humanity. You will find a world of chaos that pushes the boundaries of idealism, pragmatism and war ethics… a world in which good and evil are often nothing more than points of view.

If you’ve come this far and still haven’t started reading the Psionic Pentalogy, now might be a good time to pick up the first book. Jump to the book page HERE.